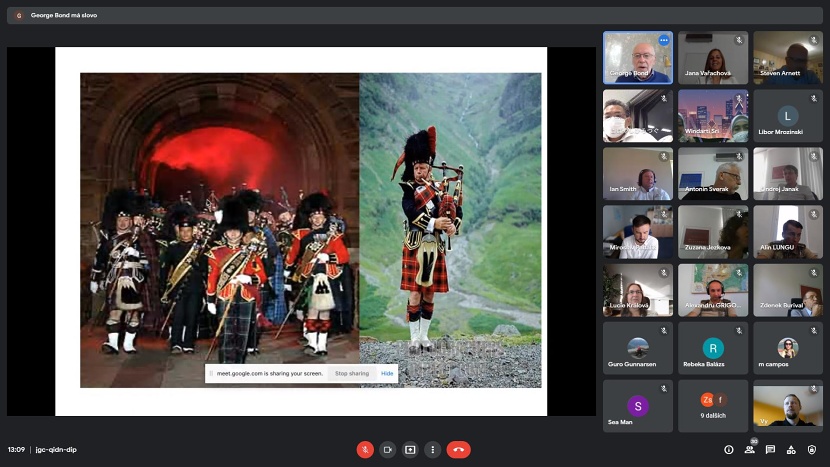 Since 2012 the University of Defence, Brno and the National Codification Bureau of the Czech Republic – with the support of AURA s.r.o. – have organised the bi-annual NCS College to give international students the skills, knowledge to successfully operate the NATO Codification System (NCS) in their respective nations.

Normally organised as a three week course based at the University of Defence in Brno the 2021 course was held for the first time on-line and 21 students from 11 different countries and organisation – Japan, Saudi Arabia, Romania, Indonesia, Germany, Czech Republic, Finland, Norway, Hungary, Qatar and NATO. Since 2012 a total of more than 130 students have attended the College from 25 countries worldwide.

The syllabus of the NCS College covers the full range of topics embraced by NATO Codification System. It includes NCS key policies & principles, purpose and benefits, regulations and documentation, and international liaison & data exchange processes/procedures. A wide range of lecturers attend the College to present on a variety of topics – including current and former National Codification Bureau Directors, representatives from NSPA (Nato Support and Procurement Agency), the University of Defence and specialist Codification experts from AURA.

The NCS is a methodology to describe and identify all materiel in a common manner by allocating an Approved Item Name and unique 13-digit NATO Stock Number (NSN) to each item held in the Defence inventory.

Developed from the US Federal Cataloguing System after the Second World War and adopted by NATO countries in the late fifties, the NCS has been the backbone of materiel identification and interoperability requirements within NATO and has now been adopted by all 30 NATO Nations and 34 non-NATO nations worldwide.

The benefits of the NCS include:
• the creation of a single supply “language“ for all national and international logistics operations,
• interoperability and sharing of equipment and spares between national and multi-national forces based on the common identifier of the NSN,
• improved procurement by providing more choice of suppliers, more competition, lower costs and increased availability through access to the NATO Master Catalogue of References (NMCRL) – the largest logistics database in the world,
• reduced inventory and lower stock-holding costs by removing duplication of stocks held under different supply numbers,
• improved data quality and reduced costs by focusing on data cleansing and improved governance procedures.

It is hoped that future NCS College courses will again be held in person in Brno depending on international travel and safety considerations.

George Bond served as Director of the UK National Codification Bureau from 2003 to 2013 and as Chairman of NATO Allied Committee 135 – the Group of National Directors of Codification – from 2006 to 2013.